Operations and Safety Solutions (OSS), LLC, is a consultancy that delivers high value answers in the areas of: 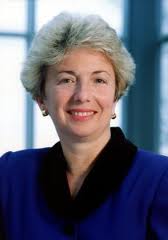 Deborah Grubbe is Owner and President of Operations and Safety Solutions, LLC, a consultancy that specializes in enhancing returns from both hard and soft assets. Her client list includes multinational firms in the chemical, oil and gas, and aerospace industries. She is the former Vice President of Group Safety for BP plc, which had its two safest years ever under her watch. Deborah was trained in the characteristics of safe operations during her 27 year career at DuPont, where she held corporate director positions in safety, operations and engineering. Her many assignments have included capital governance, project management and execution, process safety implementation, strategic safety assessments, manufacturing management, organizational change leadership and human resources.

From 2003-2012, Deborah served as a member of the NASA Aerospace Safety Advisory Panel, and was a consultant on safety culture to the Columbia Shuttle Accident Investigation Board. In May, 2012, she received the NASA Exceptional Public Service Medal from NASA Administrator Charles Bolden. She is a Trustee of the National Safety Council, and is a former Chair of the National Institute of Standards and Technology Visiting Committee for Advanced Technology. Deborah currently serves on the Purdue University College of Engineering Dean’s Advisory Council. She is an Emeritus member of the Center for Chemical Process Safety, and has worked with the National Academy of Sciences to support the Demilitarization of the US Chemical Weapons Stockpile. Deborah is a former member of the Board of Directors of American Institute of Chemical Engineers (AIChE), and is the current chair of the AIChE Institute for Sustainability, where she is leading a global effort to establish a credential in the field. In 2002, she received the Purdue Distinguished Engineering Alumni Award, and was named “Engineer of the Year” in the State of Delaware. In May, 2010, Deborah was awarded an Honorary Doctorate in Engineering from Purdue University.

She has been active in the Delaware community; as former president and board member of the Chesapeake Bay Girl Scout Council, and currently chairs their Sussex County President’s Advisory Council. Deborah is a board member of the Delaware Zoological Society. She was the first woman and youngest elected member on the State of Delaware Registration Board for Professional Engineers (1985-1989). During her tenure on the State Board, she was the Chair of the Law Enforcement and Ethics Committee.

Deborah was born in suburban Chicago and graduated with a Bachelor of Science in Chemical Engineering with Highest Distinction from Purdue University. She received a Winston Churchill Fellowship to attend Cambridge University in England, where she received a Certificate of Post-Graduate Study in Chemical Engineering. Deborah is a registered professional engineer in Delaware, and is a Chartered Engineer in the United Kingdom. A Fellow of both the AIChE and the Institution of Chemical Engineers, Deborah is married to James B. Porter, Jr., of Knoxville, Tennessee. They currently reside in Chadds Ford, Pennsylvania. 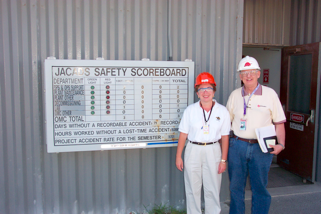 Below are just a few of our partners

Thanks for looking. We’d love to hear from you.